Shortly after recording this session, Amazon made some dramatic changes to the Vinyl Album category. We will address those changes here.

1) The new category of Music is now a gated category.

Amazon used to categorize CDs and Vinyl albums under a category called “CDs & Vinyl.” Now, they simply call it “Music,” which actually is a lot better description, since it encompasses digital downloads, plus the rare cassette, 8 track or reel-to-reel tape. By doing this, they also allow for future formats that might be developed.

To make matters worse, Amazon currently has no ungating process for those who are excluded! Meaning, if you haven’t sold music before, there is no hope for you to be let in to the category.

It's a little unclear why Amazon gated Music. I (Jeff) have spoken with a few Amazon reps about this situation. I've heard things like, “We're cleaning up the listings.” Not really certain what that means, but it sounds like Music could be ungated sometime in 2017. This would be true to Amazon's form. Amazon is such a huge organization that you can contact two different support personnel on the same day and get two different answers. Policy changes at Amazon are pretty fluid, sometimes changing day by day. Additionally, Amazon knows how much money they make from third-party sellers. They don't want to close that market off completely, but it's perfectly understandable for them to shut the category temporarily to make some major adjustments. At least, I hope that is what's happening. We shall see.

2) The single ASIN exemption to Long Term Storage Fees has been removed.

This is another major policy adjustment on Amazon's part. This one however, actually makes sense. Let me explain.

For FBA items, Amazon charges monthly storage fees to keep them in the warehouse. These amount to pennies a month and are generally a negligible cost of business. Several years ago, Amazon added Long Term Storage Fees, which are extra fees for those items that have been in an Amazon warehouse for longer than six months. This policy encourages sellers to send in items that will move fast and not collect dust in the warehouse. This makes sense. Amazon does not want to be in the storage business, they want to be in the selling business. I can't blame them.

Until very recently, Amazon exempted items for which the seller only had a quantity of one. This was good news for sellers like me, with lots of one-off items (particularly books and vinyl albums) in the Amazon warehouses. As I said though, until recently...

My (Jeff's) philosophy has always been, “It's Amazon's sandbox and they're letting us play in it. They get to make all the rules.” Meaning, if you're going to sell on Amazon, you'd better be prepared to adapt when the rules change.

So how do we adapt to this? Simple. Change your sourcing criteria. For example, vinyl albums with higher ranks are more likely to sit in the warehouse longer before they sell and incur Long Term Storage Fees. Under the single ASIN exemption, I may have sent an album in with a rank of 800k-900k with a list price of $12-15, knowing that it would incur monthly fees, but not Long Term fees, and would still make me a profit when it sold, even if it took a couple years.

Without the single ASIN exemption, I still send in albums with high ranks, but they need to be able to list for much more money. If I am sending an album with a rank over 700k now, it better be priced at $40 or higher. That way, even with the higher monthly fees plus Long Term Storage Fees, I will still be making a profit. 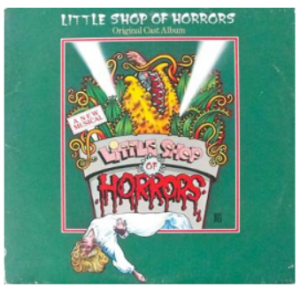 It was part of a huge auction lot, so my buy cost was around 5 cents. It sat in the warehouse for 2 years and 2 months. Using Amazon's new formulae, this record would incur total storage fees of about $10.50 over 26 months. That eats up all your profit if your selling price is $15, but at a selling price of $42, you are still coming out ahead.

Would you like one-on-one assistance?
building your own amazing team?
We've built a team of coaches
that can help you every step of the way!
Call our Coaching Team
800-994-1792
Outside the US
801-693-1728
or email
coaching@jimcockrumcoaching.com