Shortly after recording this session, Amazon made some dramatic changes to the Book category. We will address those changes here.

Amazon is really funny when it comes to policy changes. Sometimes they will make formal changes and alert sellers to them through email. Other times, they will institute changes with no notice. It's not uncommon to speak with different Amazon support personnel and get totally different perspectives on Amazon policy. It can sometimes be difficult to discern exactly what they want you to do.

This is one of those times. It appears that Amazon is suddenly sending out Inauthentic claims against sellers who have books listed in New and Like New condition. An Inauthentic claim is usually reserved for someone who is selling a Chinese knock-off of a name-brand item. But it appears Amazon is broadening the usage of this tool, as many sellers are reporting receiving these claims against their New and Like New books.

For myself (Jeff), this is really not a big deal because I tend to downgrade my book condition anyway. I'd rather have a customer be pleasantly surprised than surprisingly disappointed in the condition of their book. My personal policy is, I only list a book as New if it is still in factory shrink wrap. And I only use Like New if it looks as if you removed the shrink wrap seconds earlier. With the new policy changes, I am even less likely to use either of these designations and I encourage other sellers to do the same to avoid controversy.

2) The single ASIN exemption to Long Term Storage Fees has been removed.

This is a major policy adjustment on Amazon's part. This one however, actually makes sense. Let me explain.

For FBA items, Amazon charges monthly storage fees to keep them in the warehouse. These amount to pennies a month and are generally a negligible cost of business. Several years ago, Amazon added Long Term Storage Fees, which are extra fees for those items that have been in an Amazon warehouse for longer than six months. This policy encourages sellers to send in items that will move fast and not collect dust in the warehouse. This makes sense. Amazon does not want to be in the storage business, they want to be in the selling business. I can't blame them.

Until very recently, Amazon exempted items for which the seller only had a quantity of one. This was good news for sellers like me, with lots of one-off books in the Amazon warehouses. As I said though, until recently...

My (Jeff's) philosophy has always been, “It's Amazon's sandbox and they're letting us play in it. They get to make all the rules.” Meaning, if you're going to sell on Amazon, you'd better be prepared to adapt when they change the rules.

So how do we adapt to this? Simple. Change your sourcing criteria. For example, books with higher ranks are more likely to sit in the warehouse longer before they sell and incur Long Term Storage Fees. Under the single ASIN exemption, I may have sent a book in with a rank of 3-4 million with a list price of $12-15, knowing that it would incur monthly fees, but not Long Term fees, and would still make me a profit when it sold, even if it took a couple years.

Without the single ASIN exemption, I still send in books with high ranks, but they need to be able to list for much more money. If I am sending a book with a rank of 3-4 million now, it better be priced at $50 or higher. That way, even with the higher monthly fees plus Long Term Storage Fees, I will still be making a profit. 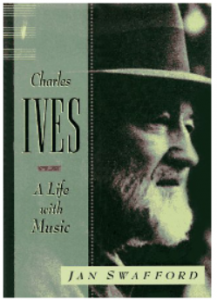 I paid 10 cents for it at a library bag sale. It sat in the warehouse for 18 months. Using Amazon's new formulae, this book would incur total storage fees of just under $5 over 18 months. That's pretty significant if you selling price is $15, but quite manageable with a selling price of $27.85.

Would you like one-on-one assistance?
building your own amazing team?
We've built a team of coaches
that can help you every step of the way!
Call our Coaching Team
800-994-1792
Outside the US
801-693-1728
or email
coaching@jimcockrumcoaching.com